A Number Of Mother-Wounded Beaten By A Sacrificial Cow

A Number of Mother-Wounded Beaten by a Sacrificial Cow 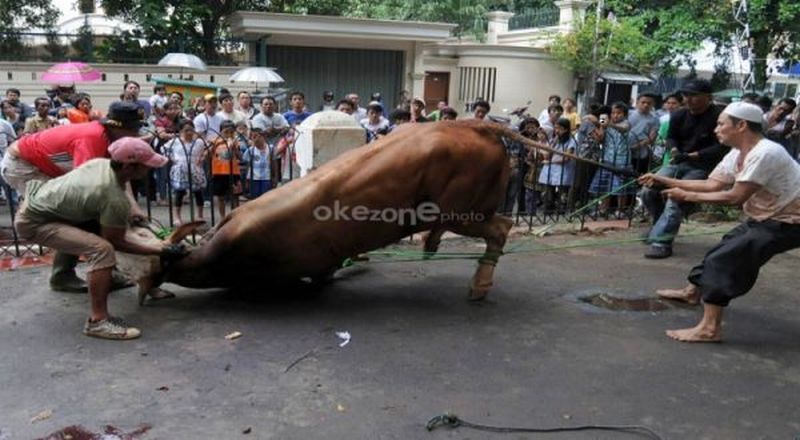 TASIKMALAYA - A number of women in Cintarasa village, Kahuripan sub-district, Tawang sub-district, City of Tasikmalaya, West Java are riddled with raging cows when they are slaughtered for Eid al-Adha victims, Saturday (1/8/2020).

Cows went berserk and released immediately running toward the mothers who were watching on the edge of the field. Luckily the mother-in-law only suffered minor injuries and there were no fatalities in this incident.

Chronology of the incident began when a cow was brought by residents into the field to be slaughtered. Just entered into the field, the cow already looked nervous and walked to and fro even though there was still a strap attached to her neck. Even though the cow refused, a resident kept trying to pull him and finally the residents were dragged by the cow which started to run amok until finally released.

Cash only, panic residents ensued. Some residents tried to pull the rope and catch back the rampaging cows but were unsuccessful.

The cow then grew wilder and finally ran into the crowd of women who were on the sidelines. Without mercy, cows butting a number of mothers who were swarming on the edge of the field.