Although Vaccines Have Been Found, The Economic Sector Is Still Shrouded By Uncertainty

Although Vaccines Have Been Found, The Economic Sector Is Still Shrouded By Uncertainty 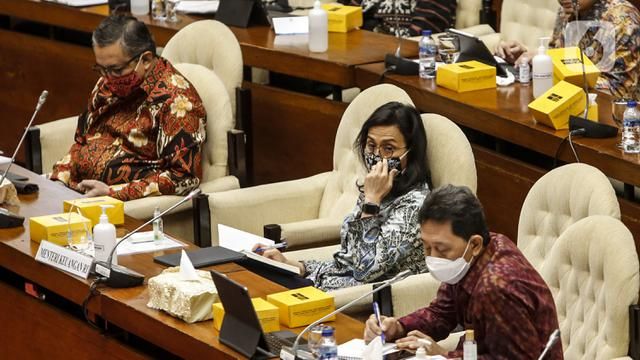 "It is still very early and too vulnerable for us to see the economic recovery," said Sri Mulyani in the LPS webinar, Wednesday (16/9/2020).

He said that even though the government had hopes of getting a vaccine at the end of the year, that was not enough to accelerate economic recovery. This is because the vaccine itself requires a longer healing time for many countries.

" Because covid is still here with us although there is a lot of hope and discussion about vaccines but this will take longer for many countries," he said.

The State Treasurer added, as long as the corona virus still exists, it will provide uncertainty for all countries, including Indonesia. The uncertainty caused by the Covid-19 pandemic also caused the Indonesian economy to contract 5.32 percent in the second quarter of 2020.

Previously, the Coordinating Minister for Maritime Affairs and Investment, Luhut Binsar Pandjaitan, said that Indonesia's economy was negative in the second quarter of 2020. However, Indonesia's economic growth rate is much better when compared to several other countries in Southeast Asia (ASEAN).

"Indeed we are minus 5.3 percent, but compared to other countries around us, we are better," said Luhut at the Virtual 100 Economist Workshop: Indonesia's Economic Transformation Towards a Developed and Competitive Country, Jakarta, Tuesday (15/9 / 2020).

Most importantly, said Luhut, the impact on GDP is still good. "I think we're still better off," he said.

The former Presidential Chief of Staff said that his party had identified the cause of the decline in the national economy. There are at least 8 points that become a problem.

"We have identified 8 problem spots in our economy," he said.

Unfortunately, Luhut did not explain in more detail the 8 problem points in question. He only said that the government would focus on fixing it so that Indonesia's economy would recover. "And we will focus on this so that we can rebound faster," he ended.