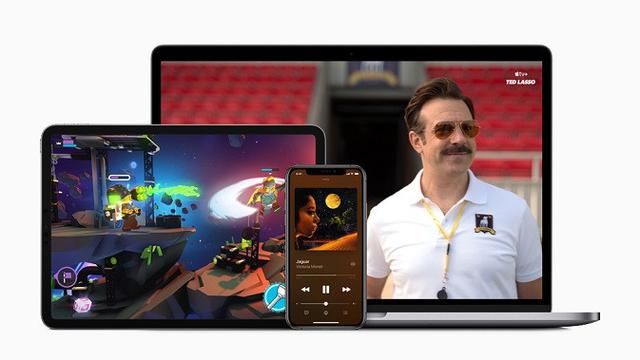 Jakarta - Apple has finally announced the presence of its service bundle package called Apple One. The presence of this bundle service has actually been known for a few months.

Quoted from Tech Radar , Thursday (9/17/2020), Apple One offers Apple's subscription bundle packages, such as Music, TV Plus, Arcade, iCloud, to Fitness Plus and News Plus.

"With Apple One, you can access all of Apple's entertainment services from a variety of your favorite devices with one simple subscription package," said Apple SVP of Internet Software and Services, Eddy Cue.

The Individual subscription package is priced at USD 14.95 (IDR 221 thousand) per month and offers Apple Music, Apple TV Plus, Apple Arcade services along with 50GB iCloud.

While the Family package is priced at USD 19.95 (IDR 296 thousand) and can be shared by up to six family members. This package is the same as Individual, but with iCloud capacity up to 200GB.

Then for Premier, this package offers all Individual services plus Apple News Plus and Apple Fitness Plus. This package is priced at USD 29.95 (IDR 444 thousand) with 2TB iCloud capacity and is shared by up to six family members.

The plan, this service will be available for 100 regions and can be used in all Apple devices. Only for the Premier package, this package is only available in the United States, England, Australia and Canada.

Although interesting, this subscription service has received criticism from Spotify. The streaming service criticized Apple's service less than an hour after Apple's event ended.

Apple is said to be re-exploiting its dominance and unfair practices to harm competitors by prioritizing its own services.

"We ask the competition authorities to act immediately to limit Apple's anti-competitive behavior, which, if left unchecked, will cause irreparable harm to the developer community and threaten our collective freedom to listen, learn, create and connect," Spotify said via his official statement, as quoted from GSM Arena , Wednesday (16/9/2020).

Apple One subscription package is considered to interfere with Spotify. The reason is, Apple device owners may prefer this service to Spotify.

Users are expected to consider it simpler because with one payment they can access various Apple services at once.

Furthermore, Spotify on 8 September celebrated the first anniversary of the Spotify Lite service. As is well known, this application is a version of Spotify which is made lighter, faster, and simpler.

Even though it is a simpler version, the experience that this application provides is still optimal. The release of Spotify Lite is intended for users with limited bandwidth and storage capacity on their devices.

After a year of release, Spotify reveals a series of trends that exist in this simple version of the application. In an official statement received on Tuesday (8/9/2020), Indonesia is one of the countries with the most Spotify Lite listeners.

Apart from Indonesia, many Spotify Lite listeners come from Mexico, India and Argentina. The country with the most listeners than other countries that support this application is Brazil.