BANDUNG - West Java Regional Traffic Director, Senior Commissioner Eddy Djuanedi predicts that the peak of the Eid al-Adha feast will occur on Sunday (2/8/2020) to Monday (3/8/2020) in the morning.

To anticipate the density of vehicle currents that cause congestion in both arterial and toll roads, said Eddy, West Java Regional Police Directorate of Traffic has prepared a way of acting (CB) to unravel. 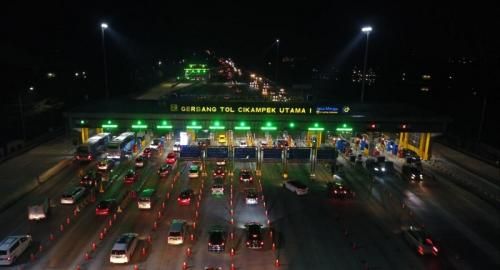 "Contra flow will be carried out tomorrow starting at 10:00 WIB. Later it can be extended again (if there is still a heavy flow of vehicles). If the current is still large, still heavy and congested, the contra flow will be added up to 37 kilometers in the direction of Jakarta," said Dirlantas .

The second way of acting, said Eddy, if with contra flow still occurred density, officers were forced to implement one way. "But for one way CB is still situational," said Eddy.