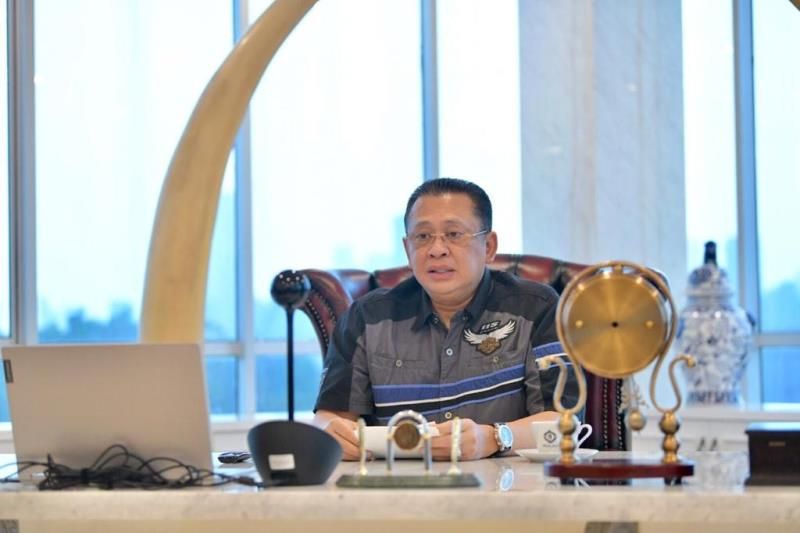 JAKARTA - Simultaneous Regional Head Elections (Pilkada) 2020 which will be held in 270 regencies / cities and provinces on 9 December must be able to produce quality regional leaders.

Chairman of the MPR, Bambang Soesatyo, said that, through the Assessment Body, the MPR recommended the draft vision and mission of the elected governor / regent and mayor candidates in the simultaneous regional elections on December 9, 2020, to be an integral part of the vision and mission of the Unitary State of the Republic of Indonesia which is guided by the values of Pancasila.

"The integration of the vision and mission is important to ensure the continuity between national and regional development. Thus, the concept of regional advancement is part of the concept of national advancement. Regional development is carried out in line with national development, and refers to a common big vision, namely creating a just society. , prosperous and prosperous, "said Bamsoet when filling out a Webinar entitled Pilkada, Regional Leadership, and Regional Advancement which was held virtually by the West Nias Indonesian Community Association, in Jakarta, Sunday (18/10/2020).

The former chairman of the DPR explained that the ideal narrative to be built through the simultaneous regional elections during the pandemic is to produce quality regional leaders. Where it is able to break the chain of spreading Covid-19 through a series of policies it has taken, so that it can encourage regional development and progress.

"So to make it happen, the implementation of Pilkada must be of high quality. There are several benchmarks that can be used as a reference. Among them are the competence, neutrality and accountability of the election organizers, the minimum number of violations and fraud, a high level of public participation, and transparent and fair Pilkada dispute resolution," explained Bamsoet.

Also read: Take a peek at Gibran vs Bagyo's readiness to face the Solo Pilwalkot debate

The Deputy Chairperson of the Golkar Party explained the Nagara Institute data, the results of the 2015, 2017, and 2018 Regional Elections, noting that all problematic regional heads turned out to be most of them not from political party cadres. It is recorded that at least 56 regional heads of non-political party cadres, including governors, regents and mayors, have received permanent decisions from the court.

"The data on the one hand invalidates the notion that candidates from political party cadres are identical with legal issues. On the other hand, it also shows that political parties must fix their recruitment and regeneration patterns," he said.

In the future, said Bamsoet, anyone who runs for election contestation has emotional ties with political parties. "And, when elected to hold the mandate as a leader, candidates do not forget the ideology and party struggles that lead to the welfare of the people, not personal or group welfare," said Bamsoet.