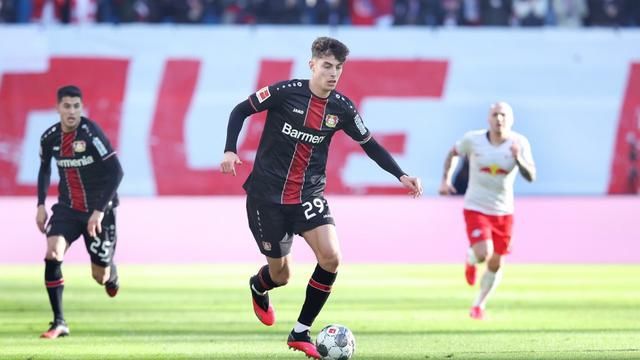 Leverkusen- The future of Kai Haverts is starting to see a bright spot. At least that's based on the comments of Bayer Leverkusen, Reiner Calmund.

Calmund suggested that Kai Havertz better continue his career to Real Madrid. He called this club the right team for Havertz.

Havertz is currently a hot property in the transfer market. Understandably, the playmaker showed a slick performance with Die Werkself in the last three seasons.

So far there are several European giants who are interested in bringing in the playmaker. Several EPL and La Liga clubs are queuing to secure the services of the German national team players.

Calmund said Kai Havertz was indeed interested in playing in La Liga next season. "From his side, he does have an interest in playing in Spain," Calmund was quoted as saying by Goal International.

Calmund believes that Havertz is better off moving to Real Madrid next season. He believes the playmaker will transform into a better player at the Bernabeu.

"I personally do not recommend that he move to Barca. He will always be compared to Lionel Messi, and the media and fans will also remember Messi's impressive performance than him."

"I think moving to Real Madrid is the most logical option. I know that Real are very interested in bringing Kai, but they have difficulty getting it next summer."

Calmund also thinks that Havertz is better off moving to Madrid in the 2021/22 season. He considered that at the time, El Real's condition was ideal to become Havertz's next career destination. "

"In my opinion, if he moves to a world-class club at a young age he has to play regularly and I think that can happen next year. Luka Modric who plays in Kai's position will be 36 years old in September, so that is the right moment for him to move. "

"To my knowledge, Real Madrid is also considering such a scenario. If the move occurs next year, Kai will play another season with Leverkusen." he said.

Leverkusen has set a very high price for Kai Havertz. The playmaker will only be released at 100 million Euros.