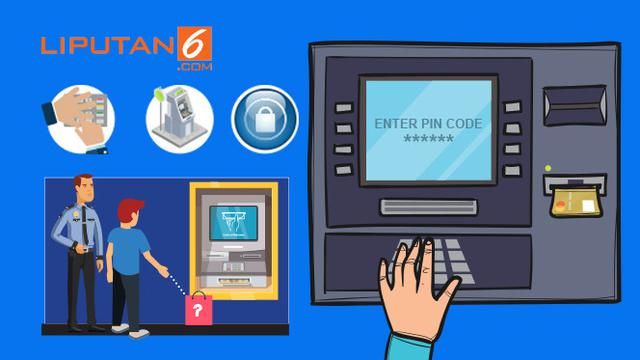 "There are two transnational crimes by theft of customer data, namely foreigners from Turkey and Indonesian citizens from Bandung. Both of them have no family relations, but we will investigate their involvement," said Director of the Bali Police General Criminal Investigation, Police Commissioner Dodi Rahmawan, when confirmed in Denpasar, Sunday (7/7/2020).

He explained, Kimis was a skimming recidivist and he was released from prison around April 2020.

While Wullut was tasked to take the crime scene to install skimming equipment. Reported by Antara , the perpetrators installed skiming tools four times, two of which took the skimming tool in the form of a Deep Skimming plate.

"The incident occurred on Saturday, July 4, 2020 at around 05.00 WITA, indicated that a location in a North Kuta supermarket had been installed with a skimming device, finally it was checked and a hidden camera was found," Rahmawan said.

On the same day at around 23:00 WITA one of the perpetrators came to the ATM machine on foot followed by other actors.

At present the two perpetrators are detained by the Bali Regional Police, for further investigation. "The two perpetrators were subject to article 30 in conjunction with article 46 of Law Number 19/2016 regarding amendments to Law Number 11/2008 concerning ITE and or article 55 of the Criminal Code," he said.