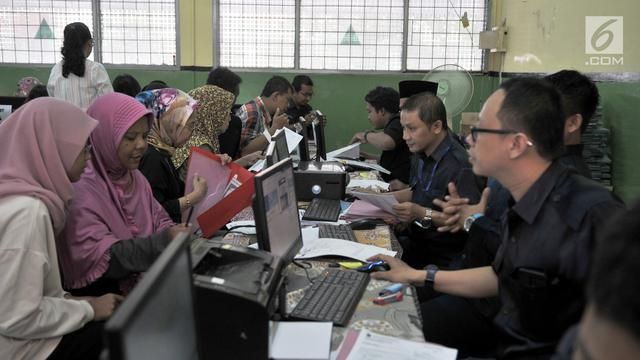 Jakarta Head of DKI Jakarta Education Agency, Nahdiana stated that the opening of new student admissions selection ( PPDB ) through the school RW building zoning route will not affect the quota amount based on achievement track.

"This does not interfere with the portion in the path of achievement that already exists. This is so as not to misunderstand," Nahdiana said in an online discussion on Tuesday (6/30/2020).

He explained that in the RW level zoning route, the quota for each school would increase from 36 to 40 students. Nahdiana said that her office had coordinated with the Ministry of Education and Culture.

It is planned that the implementation of this pathway will be carried out after the completion of the academic achievement track which takes place on 1-3 July 2020.

"We will open the school RW zoning path on July 4 and report ourselves on July 6," he said.

Meanwhile, the Director General of Primary and Secondary Education of the Ministry of Education and Culture Hamid Muhammad said that increasing the quota of students for each class was indeed allowed. Most importantly he said, each region has the right reasons.

"Because if it is not the people's aspirations to enter this public school, it will not be accommodated," he said.

Head of DKI Education Agency Nahdiana stated, the selection process in the PPDB that had been rolling was in accordance with Ministry of Education and Culture regulations.

"The process that we have been through is coordinating with the Ministry of Education and Culture and is in accordance with existing ministerial regulations," Nahdiana said in an online conference, Monday (6/29/2020).

Nahdiana said that for prospective students who have not passed the selection process, they can re-apply to the academic achievement track.