Donald Trump Ever Wanted To Expel The Syrian President

Donald Trump Ever Wanted to Expel the Syrian President

US President Donald Trump announces the US response to the COVID-19 coronavirus pandemic during his speech from the Oval Office of the White House in Washington, USA, March 11, 2020. [Doug Mills / Pool via REUTERS]

Earlier in 2018, Trump at a White House briefing denied that there had ever been any discussion of plans to get rid of Assad. 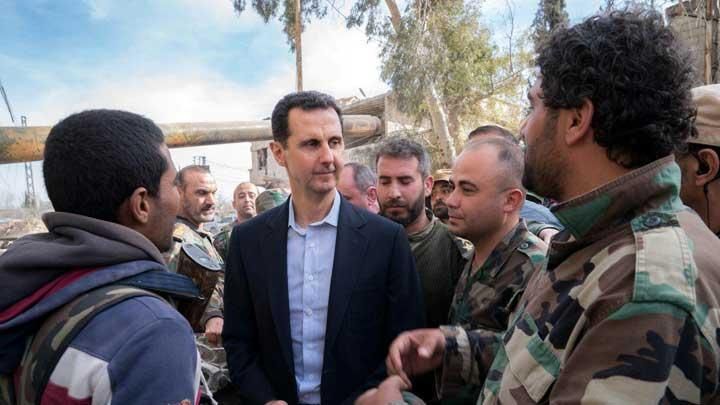 Bob Woodward, a journalist, wrote in his 2018 book Fear, that Trump was eager to assassinate the Syrian President, after alleging the use of chemical weapons attacks in 2017. At that time President Trump denied it and called it total fiction.

However, during an interview on Fox & Friends, Trump said former Defense Secretary Mattis was holding him back.

On that occasion, President Trump also blamed Mattis for not doing what the United States should have done in Syria or Iraq, after these two countries became the home of the radical Islamic State (ISIS) group.

Trump claims to have removed 100 percent of ISIS militants from their entrenched places, including ISIS leader Abu Bakr al-Abghdadi. However, all this was done after Defense Minister Mattis left the government.

Trump also alluded to the death of Qassem Soleimani, commander of Iran's Revolutionary Guards, calling it one of his side's biggest concrete steps. Soleimani was killed in an air strike by US soldiers and was criticized by the international community for threatening security in the Middle East.

Mattis quit as Trump's Secretary of Defense in December 2018. He claimed in his resignation letter that he walked out in protest for President Trump to quit Syria and fulfill his campaign promise to defuse the Middle East conflict launched by his predecessors.