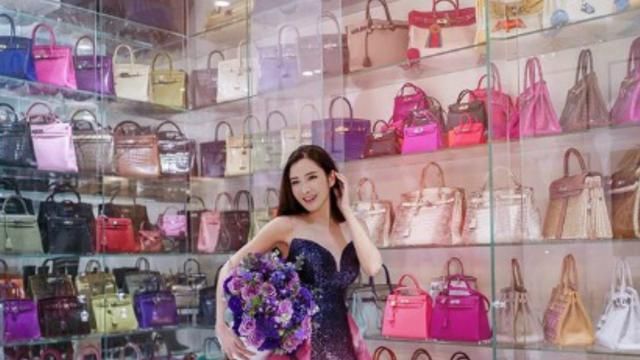 Jakarta - Hermes Birkin bag is known as one of the most expensive bags in the world. Having a Hermes bag is certainly a matter of pride, even if it's not the real one. It seemed to trigger a number of elements to fake the French production bag.

The syndicate targeted Asian tourists in Paris and also buyers in Hong Kong in 2013 and 2014. The syndicate's actions were revealed when French police tapped into the home of a man suspected of selling stolen bags in Asia.

Reporting from the South China Morning Post , June 29, 2020, the investigation found a secret operation in which the suspects, who worked at home, made dozens of fake Hermes bags.

Named after the name of a French-British actress, Jane Birkin, this bag has a long waiting list for customers who are ready to pay 45 thousand US dollars. The price can be even higher if it is made with crocodile skin.

Two editions of Hermes Birkin bags, entered the list of the most expensive bags, the price penetrated Rp1 billion and even more. Prices are exorbitant and have to wait to be able to get it, making it used by a number of persons to make a fake version.

Last week, 10 people were tried including seven former Hermès employees. Prosecutors said they received around 2 million pounds sterling per year or around Rp32.2 billion by selling fake bags for 22 thousand to 33 thousand US dollars or around Rp319 million to Rp478 million for one bag.

The former Hermès worker makes a bag with crocodile skin from a supplier in Italy, using zippers and other components that are smuggled out of the Hermès workshop.

A woman who is now 52 years old, born in Cambodia but has lived in France since 1980, was tasked with selling fake bags and original "Birkins" which were resold to clients after being tagged-up .

He told investigators that his client knew they were buying fake goods. A former employee, who initiated the syndicate, turned out to be only 18 years old when he started working at Hermès.

In the trial ended on June 26, 2020, the prosecutor requested a prison sentence of up to four years and a fine of around 100,000 to 200,000 pounds for three group leaders, and suspended sentences and fines for others. Lawyers from Hermès also asked for compensation of 2 million pounds or around Rp32.2 billion.