House Price Idr 300-600 Million Most Wanted During The Pandemic

House Price IDR 300-600 Million Most Wanted during the Pandemic 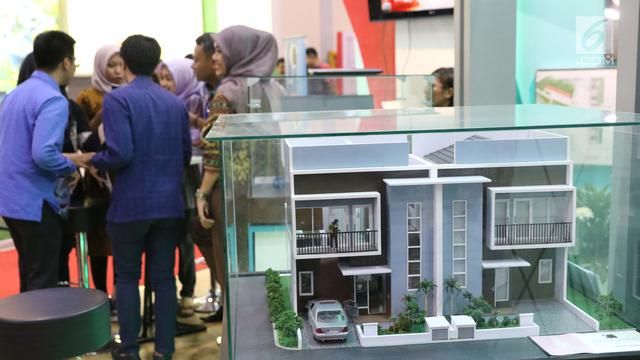 Jakarta Indonesia Property Expo Virtual 4D inaugural organized by PT Bank Tabungan Negara (Persero) Tbk for approximately 1.5 months managed to get the attention of millions of visitors. It is recorded that more than 2 million people surf on ipex.btnproperti.co.id to find the ideal property.

Public interest in IPEX Virtual exceeds expectations, because in addition to the number of visitors who successfully exceeded the target, Bank BTN has also successfully attracted around 3,000 KPR applicants, of which about 95 percent are non-subsidized KPR applicants.

"With the Covid 19 pandemic, people are now more aware of digitalization so that public interest in the first Virtual IPEX is high. In addition, the packaging of IPEX Virtual 4D is attractive and interactive because it is interspersed with live shows and talk shows in the form of webinars with topics that suit visitors' interests, "said Hirwandi Gafar, Director of Consumer and Commercial Lending in Jakarta, Wednesday (21/10/2020).

"This is a new innovation carried out by Bank BTN in the midst of a pandemic to continue to serve the community's needs for houses that are virtualized with online KPR services prepared by BTN," he added.

Meanwhile, in terms of location, IPEX Virtual 4D visitors are mostly looking for properties in the Tangerang area with 27 percent, Bekasi 25 percent, Bogor 24 percent, Depok 14 percent, and the rest are spread all over Indonesia.

Middle-class houses with prices above Rp. 300 million still dominate residential purchases. The financial capacity of the community is still sufficient to buy a house at a price above 300 million rupiah.

"Meanwhile, the areas they prefer are in the sub-urban areas which are more affordable," Hirwandi added.

Hirwandi assessed that the results of the first IPEX Virtual 4D were quite satisfied because the online KPR applicant files exceeded the target. What is even more proud is that the Covid pandemic is not a barrier for people to buy a house, even though the implementation is done virtually they are still pursuing it.

This is proof that the house is still a necessity for the community which is continuously being pursued under any circumstances. In the future, we hope that the implementation of IPEX Virtual will be better and involve more developers.

"We will improve the quality of the IPEX Virtual in terms of infrastructure, event packaging, to keep attracting visitors and of course even more attractive KPR promotions," Hirwandi concluded.