Live Streaming Of Juventus Vs As Roma In The Italian League At 1:45 A.M. Wib

Live Streaming of Juventus Vs AS Roma in the Italian League at 1:45 a.m. WIB 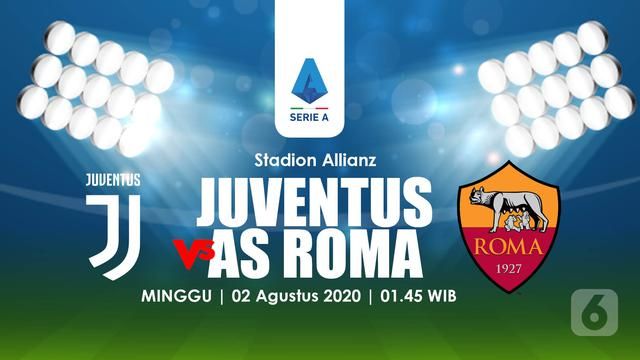 Jakarta - Juventus have confirmed themselves to be champions of the Italian League. But there is still a closing match of Serie A against AS Roma.

While AS Roma has also been confirmed to finish in fifth place in Serie A. Roma are four points ahead of sixth-placed Inter Milan. They also could not move up to fourth because 11 points adrift of Lazio.

Practically this Juventus v Roma match will only be a formality. Juventus have even indicated to play U-23 players. Juventus coach Maurizio Sarri feels the need to rest pillar players because in August they still have to compete in the Champions League.

"We really need to be more solid. But we are the only team in Europe to play five times in 12 days, the league has created a big problem for us," Sarri said after the 37th match.

"Let's see how we are doing tomorrow and whether it is needed to bring down the U-23 squad against Roma, so that the players [in the first team] can have a maximum rest."

Cristiano Ronaldo will also not be played by Juventus . Ronaldo is almost impossible to win the Italian league top scorer. The Portuguese man was four goals behind Lazio striker Ciro Immobile.

Juventus vs AS Roma in the Italian League takes place Sunday (2/8/2020) in the morning at 01:45 WIB. You can get a live streaming link on the next page.

Get a live streaming link of Juventus vs AS Roma at the following link ...