Pdip: Ministers Must Be More Disrupted In Order To Work For The People

PDIP: Ministers Must Be More Disrupted in Order to Work for the People 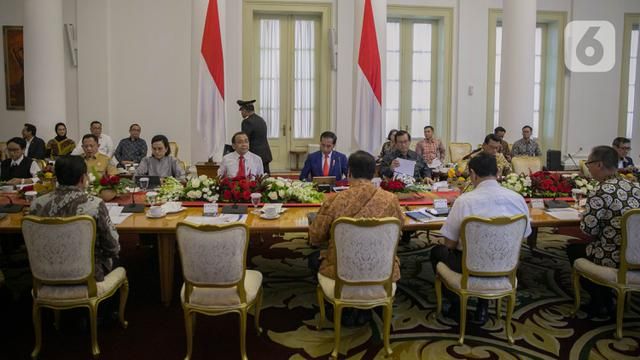 Jakarta - PDIP politician Darmadi Durianto said that President Jokowi's steps to evaluate the performance of ministers who were considered slow and poor in innovation in tackling the impact of the co-19 pandemic was appropriate. Through this evaluation, the public can judge who the ministers really work for the people.

"Today we are facing extraordinary conditions, a pandemic covid-19. Menteri- minister should be whipped in order to truly work for the people," a senior official said on Monday (07/06/2020).

Darmadi said that President Jokowi's anger in the last plenary cabinet meeting showed that the policies outlined by the president were not carried out by the ministers.

Darmadi also underlined the performance of the minister in charge of health and the economy. According to him the two ministries did not show good performance in tackling the co-19 pandemic.

"The ministers in the economic and health sectors do need to be evaluated. These two sectors are the most helpful," said the member of the House of Representatives Commission VI.

Darmadi said the slow performance of the minister had disrupted the rhythm of the president's work. A president who wants all problems resolved quickly, while ministers work slowly. Therefore, Darmadi supports if President Jokowi takes firm steps against his ministers, including when he has to reshuffle the cabinet.

"Why would there be a minister but could not translate the president's wishes. This is very disturbing and measurable action must be taken immediately. For us PDIP fully supports whatever will be done by president Jokowi including the cabinet reshuffle," Darmadi said.