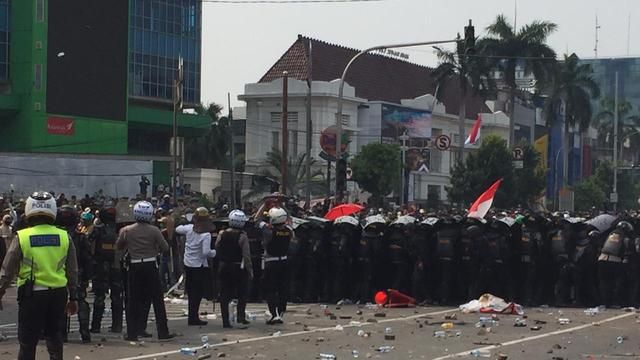 The direction delivered by Sambodo followed the discovery of eight personnel from the Bekasi Metro Police who were confirmed as Covid-19. Five people were found after securing a demonstration against the Work Creation Bill (Ciptaker). Meanwhile, three prademos were against the Ciptaker Law.

Sambodo explained, his party actually routinely holds Covid-19 rapid tests for the personnel of the Metro Jaya Police Traffic Directorate. However, currently all members in charge of securing demonstrations must have their health checked.

He reminded all members to comply with the Covid-19 preventive health protocol. He said that his party always prepares hand sanitizers, and masks are used by members.

"We provide all members with the needs of health protocols," he said.

Previously, the Head of the Bekasi Metro Police, Kombes Hendra Gunawan, explained that five members were confirmed positive for Covid-19. Those who were deployed when securing the demonstration against the Job Creation Bill on October 5 to 8.

They were given a swab test on various dates, some 11 and 13 October. While three other personnel were found to be positive for Covid-19 on October 6.