Pope Francis: Homosexuals Are God's Children, Have The Right To Be In The Family

Pope Francis: Homosexuals are God's children, have the right to be in the family 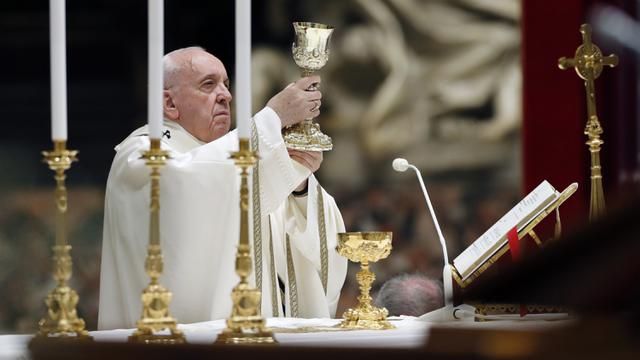 He does not support same-sex marriage, but supports "civil union" so that same-sex couples can legally live together.

"Homosexual people have the right to be in the family. They are children of God," Pope Francis said as reported by AP News , Wednesday (21/10/2020).

"What we must have is a law of civil relations; that way they are protected by law," he added. Pope Francis gave this view in his documentary film Francesco .

Pope Francis' views received a warm welcome from Reverend James Martin, a religious leader of the United States who tried to bridge the gap between the church and homosexual groups.

"Pope Francis' support for same-sex civil relations is a major step in the church's support for the LGBTQ community," said James Martin.

He also said the support from Pope Francis sent a separate message for countries that still criminalize same-sex relations.

The documentary Fransesco was directed by Evgeny Afineevsky. He has exceptional access to the Vatican TV archives right down to Pope Francis.

To get this, Afineevsky claimed to be persistent in negotiating and approaching influential Argentines in Rome.

Also attending the Fransesco documentary was Juan Carlo Cruz. He is a victim of sexual violence that Pope Francis had never trusted.

In the film, Cruz witnesses the evolution of Pope Francis' understanding, from the issue of sexual violence to homosexuality.