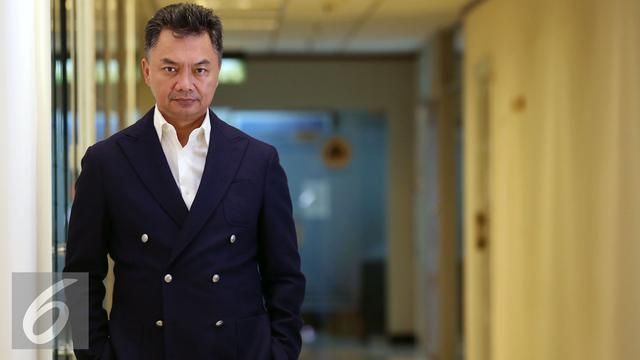 Jakarta - Founder of the Foreign Policy Community of Indonesia (FPCI) as well as the 5th Indonesian Deputy Minister of Foreign Affairs, Dino Patti Djalal tested positive for Covid-19. This was conveyed by the FPCI through a written statement on Wednesday (16/9/2020).

"We from the FPCI extended family convey the news that our Chairman, Dr. Dino Patti Djalal, is positive for COVID-19, where in the last six days he has experienced respiratory system disorders," wrote the FPCI press release.

"Due to worsening conditions, Dr. Dino Patti Djalal was transported to RSPAD on September 15, 2020. Today, he has been transferred to the ICU to receive special treatment," wrote FPCI.

FPCI wrote that Dino expected prayers for his recovery.

"Dr. Dino hopes for prayers from all friends so that this ordeal can be immediately overcome. Dino also sends greetings and all his love to all friends," he said.

The man who was born in Belgrade, Yugoslavia, 10 September 1965 is known as the Deputy Minister of Foreign Affairs of Indonesia who served from 14 July 2014 to 20 October 2014. At that time he replaced Wardana who assumed a new role as Indonesian Ambassador to Turkey.

Dino has also served as Indonesian Ambassador to the United States who was inaugurated on August 10, 2010 by President Susilo Bambang Yudhoyono. Before then he resigned in September 2013 to attend the Democratic Presidential Candidate Convention.