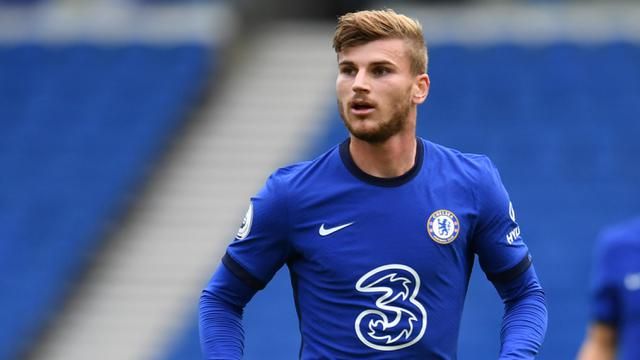 London - Chelsea striker Timo Werner admits that he does not regret rejecting Liverpool's offer in the transfer market this summer. According to Werner, joining Chelsea was the right decision.

Timo Werner joined Chelsea this summer for a transfer fee of 47.6 million pounds (Rp916 billion). The decision was very surprising because Werner in recent months has been linked with Liverpool.

Reports in a number of German media have even said that Liverpool manager Jurgen Klopp had to fly to Germany to convince Timo Werner. However, in the end the opportunity to join Liverpool was countered by Werner, who preferred to be in Chelsea's uniform.

"When I decided to leave Leipzig, I spoke with a number of other clubs. Apart from Chelsea, there are several clubs I spoke to," said Timo Werner as quoted by ESPN , Wednesday (16/9/2020).

"There are other clubs like Liverpool. They have a great team and maybe I can fit in. However, in the end I decided to join Chelsea because it was the best decision," said Timo Werner.

The decision to join Chelsea was right for Timo Werner. The German player immediately got a core position in Frank Lampard's team in the opening match of the 2020-2021 Premier League against Brighton & Hove Albion, Tuesday (9/15/2020) early morning WIB.

Timo Werner has the opportunity to prove his decision is right to choose Chelsea over Liverpool this weekend. The West London club will host Liverpool at Stamford Bridge on Sunday (9/20/2020) evening WIB.

However, it is believed Timo Werner will not be in his best condition. In the match against Brigton, Werner admitted to having a knock on the bones.

"I injured my leg from the penalty. I hit the goalkeeper's knee very hard," said Werner.

Currently, Werner still has time to recover and is ready to show off in the match. It is interesting to see the evidence from the 24-year-old player with Chelsea.