, Jakarta - Amelia Hapsari is the first Indonesian to be involved in Oscar judging. The Academy of Motion Picture Arts and Sciences as the organizer of the prestigious film event in Hollywood included the name Amelia Hapsari as a member.

The name Amelia Hapsari is familiar in the world of documentary films. From April 2012 until now, Amelia has served as Program Director at In-Docs, a non-profit organization to stimulate the documentary film industry.

"Since 2015 I have rarely made films because of my work at In-Docs. I have focused more on building ecosystems so that these films are increasingly connected and have an impact," Amelia Hapsari said on Friday, July 3, 2020. Amelia Hapsari studied at Ohio University, USA Union. He took the Bachelor of Science (BSc) Telecommunications in 1999 - 2001 and the Master of Arts Communication and Media Studies in 2003 - 2005. 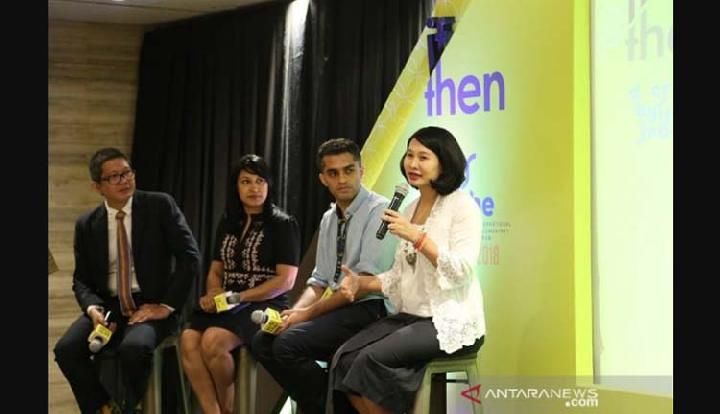 Regarding the election of Amelia Hapsari as the Academy Awards jury, a woman who can speak six languages, admitted that she did not know and did not submit herself as a candidate for the Oscars Cup jury. He only found out that he became part of the Academy of Motion Picture Arts and Sciences after a friend contacted him.

"There are people who recommend me. He said, 'You don't know why at that time I asked for a profile with your CV'. I don't know," Amelia said with a laugh. To be trusted to be an Oscar judge is certainly an honor. However, Amelia Hapsari said it was too early to be too proud.

Amelia Hapsari views that there is still a long way to go for a documentary to become a master in her own country. One proof and often makes him upset is the assumption that the documentary is just a hobby distribution and not worked on by a professional.

The former radio journalist in China explained that the documentary film has its own charm because it is able to invite the audience into the reality to be conveyed by filmmakers. "Even though reality is complex, viewers can share it and bring them into a new perspective," said Amelia Hapsari .