Sheikh Ali Jaber Felt Calm When The Stabbing Occurred, This Is Why

Sheikh Ali Jaber felt calm when the stabbing occurred, this is why 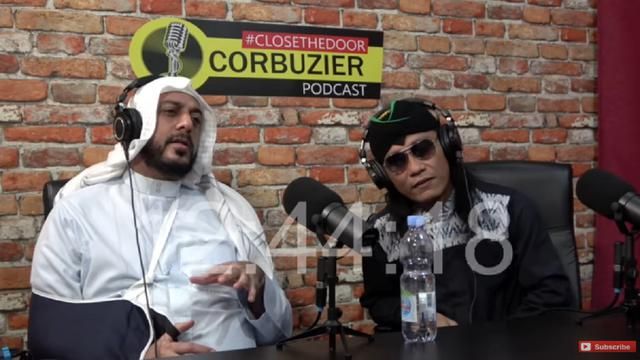 Jakarta - Sheikh Ali Jaber was attacked while preaching in Bandar Lampung, Sunday (13/9/2020). Even though his right arm was injured by a stab, Sheikh Ali Jaber apparently did not have any anger or resentment towards the perpetrator.

Through Deddy Corbuzier's YouTube, Sheikh Ali Jaber said that his heart was very calm when the stabbing took place. Instead of being annoyed, he felt sorry for the perpetrator.

"I was honest at the time of this incident, I didn't know that I was calm, my soul was cool, so I didn't feel restless, anxious, traumatized, relaxed," said Sheikh Ali Jaber in a podcast uploaded on Wednesday (16/9/2020) .

"Instead, what I think is to focus on saving him. Just take it easy. That's right. I don't know what the secret is, but really Allah loves peace," the cleric continued his statement.

Sheikh Ali Jaber had saved the perpetrator from the mob attack, even though at that time his arm was bleeding due to a deep stab wound.

"Yes, I saw it, stop, I said sorry. I said, 'He was wrong, but don't do that'. I shouted in front of the congregation, until the congregation said, 'How come the poor Sheikh? We are sorry for the Shaykh'," he explained.

This 44 year old cleric believes that everything that happens to him is the destiny of Allah. Because of that he could face it with complete calm.

"The first thing I say is alhamdulillah. Why? Because there is the test. Because this is a test, we are able to say thank God when there is a disaster, not only when we are happy," he explained.

"When you get an accident, it is definitely not easy for people to say Alhamdulillah. So when a person gets a disaster that he believes is from Allah, it means that with Alhamdulillah we still want to praise Allah. There I believe calm will come," he continued.

It turned out that before becoming a victim of stabbing, Sheikh Ali Jaber had an unpleasant feeling. But he didn't want to bother with it, because his intention to preach was very strong.

"His hunch is extraordinary, he (Sheikh Ali Jaber) told me, after not wearing a black robe for a long time, how come on that day how come you wear black robes, usually white, Sheikh?" said Gus Miftah on the same occasion.