Software Ceo Involved In The Largest Tax Evasion In Us History

Software CEO Involved In The Largest Tax evasion in US history 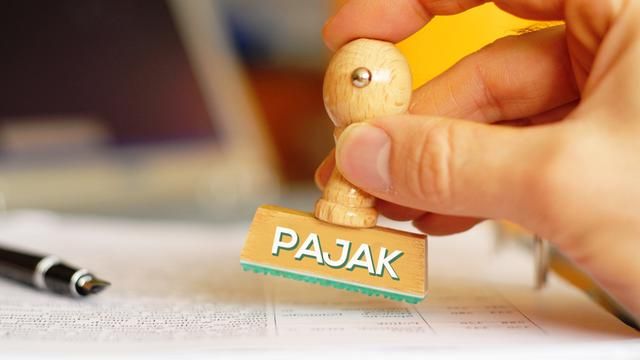 Jakarta Robert T. Brockman, a Texas technology mogul, was charged with tax evasion of USD 2 billion (IDR 29.6 trillion). According to law enforcement officials, the act of tax evasion is the largest in the history of the United States.

The federal council returned charges alleging Brockman as CEO of software company Reynolds & Reynolds of involvement in tax evasion, fraud, money laundering and several other crimes by hiding an estimated $ 2 billion from the Internal Revenue Service's revenues for nearly 20 years.

Some of the allegations against Brockman include operating a complex network of foreign companies and bank accounts, using unreported taxable income to buy the luxury yacht "Turmoil", setting up an encrypted email system to communicate with employees using code names such as "Bonefish" and Snapper .

"I have never seen a pattern of concealment and disguise like this in the more than 25 years I served as a special agent," said Jim Lee, head of the IRS Criminal Investigation Unit, in a press conference such as the CNN page.

Brockman founded Universal Computer Systems, a provider of computer systems and software for car dealerships in 1970. In 2006, the company joined Reynolds & Reynolds, where Brockman is currently CEO and chairman.

Previously, he served in the US Marines, and worked for Ford and IBM. Brockman appeared in federal court on Friday pleading not guilty to all charges and being released on $ 1 million bail, according to a report from the Wall Street Journal.

Brockman's adviser, Kathryn Keneally, who is also a former Assistant Attorney General for the US Department of Justice's Tax Division, hopes to defend the software's CEO against these allegations, he said in a statement to CNN Business.

The company does not want to be accused of any wrongdoing, and is confident in the integrity and strength of the company's business.

According to the indictment, Brockman, an investor in Vista Equity Partners, allegedly used secret bank accounts in Bermuda and Switzerland to hide from the IRS income he earned from investing in the fund.

Vista Equity Partners is a private equity firm that invests in software, data and technology startups. Founder, Chairman and CEO, Robert Smith, worked closely with officials on the investigation of this case.

The indictment also alleges that Brockman took actions such as asking employees to update records and using encrypted communications to conceal alleged schemes.

Brockman is also suspected of defrauding nearly $ 68 million in debt securities for his software company.

If found guilty, Brockman will face a substantial period of detention. Smith, of Vista Equity Partners, accepted responsibility for his role in the alleged tax evasion scheme and agreed to a non-prosecution agreement.

Smith used his pre-taxed income to buy a vacation home in Sonoma, a ski property in the French Alps, and to make charitable contributions including house maintenance in Colorado for in-town children and injured veterans, authorities said.

As part of a settlement with the Department of Justice, Smith will pay USD 139 million in taxes and fines, leave a claim for a protective refund of USD 182 million and pay interest, but will avoid prosecution.

"It is never too late to tell the truth. Smith committed a serious crime, but he also agreed to cooperate," said US Attorney David Anderson.

Smith's agreement to cooperate has put him on the road, far from being indicted.