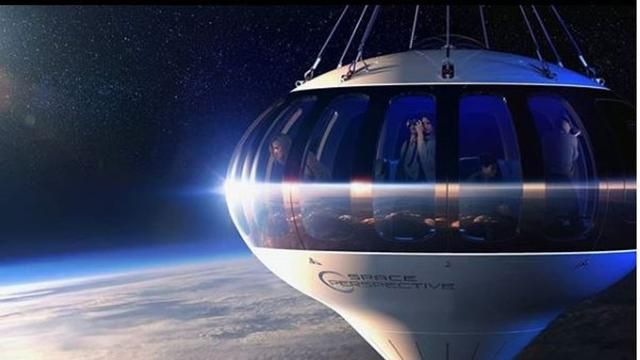 Jakarta - Have you ever thought what it's like to be in space? Of course many individuals are interested and curious to travel to space.

It seems like the desire of many individuals to be able to walk in space will soon be realized. A company from Florida, United States, Space Perspective offers hot air balloon travel to the edge of space. The first flight plan is in 2021.

As reported by CNN , Monday (07/06/2020), this air balloon will be manned by a pilot and able to accommodate as many as eight people accommodated in large capsules with compressed air. The Space Perspective has scheduled Neptune Spaceship flight tests as early as 2021.

Launch of the Space Shuttle Landing Facility at NASA's Kennedy Space Center in Florida. The test flight will carry research content, but the Space Perspective hopes that in the next few years it will bring tourists into space.

They can travel for six hours. Aside from the Kennedy Space Center, Space Perspective also wants to launch it from Cecil Spaceport in Florida and plan additional launch sites around the world, including in Kodiak, Alaska.

These air balloon seat reservations will be available on the official Space Perspective website. Quoted from Anchorage Daily News , each passenger must pay around 125 thousand US dollars or Rp 1.8 billion. A blimp of six hours will get you to 99 percent of the atmosphere to an altitude of 100,000 feet. This experience has only been enjoyed by some 20 people in history.

For two hours you will relax to enjoy 360 degree views of the earth. Then, the blimp will come down from space for about two hours. The Neptune Spaceship blimp was designed with the British design studio PriestmanGoode. He also co-designed the concept of Elon Musk's Hyperloop transportation system.

The capsule on the Neptune Spaceship is five meters in diameter, while the polyethylene balloon on it has a diameter of 100 meters when fully pumped. The Space Perspective claims that the passenger process will rise like riding an ordinary airplane.

The Neptune Spaceship Toilet is said to be the best-looking toilet in the universe. Because helium supplies are limited and medical needs are needed, Neptune Spaceship uses hydrogen. It is lighter than air and allows Neptune air balloons to float above the Earth's atmosphere.

Space Perspective is a new startup founded by Jane Poynter and Taber McCallum. They previously co-founded World View, a company that spreads sensors into the stratosphere and is attached to balloons to capture imagery of space.