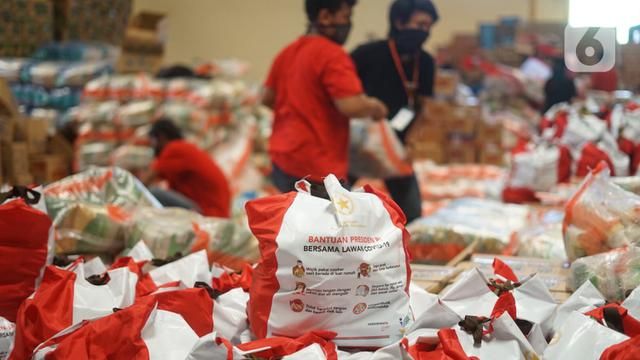 Jakarta - Thousands of social assistance packages ( bansos ) for victims of layoffs have been piled up for about two months at Patriot Candrabhaga Stadium, Bekasi City, West Java. The accumulation occurred as a result of the Bekasi City Manpower Office (Disnaker) having difficulty finding data on residents affected by layoffs.

Head of the Bekasi City Manpower Office, Ika Indah Yarti, said that it was difficult for them to distribute social assistance to people affected by layoffs due to the Covid-19 pandemic.

According to Ika, the requirements for taking social assistance from the government require a letter of application from the labor union, with an attached Identity Card (KTP) and a Family Card (KK).

"Through the chairman of the DPC union in the city of Bekasi. And asking the union to ask the mayor to take it," he said, Friday (7/8/2020).

After making the application, continued Ika, his party will carry out a verification that is adjusted to the data in the Manpower Office. After the verification process, the dismissed victim is then allowed to take social assistance .

"So that we don't slow down, it's just the process. Now, there are those who have been laid off from March," said Ika.

In addition, he continued, the mechanism implemented by the Manpower Office was in accordance with Standard Operating Procedures (SOP). His party is obliged to record each recipient of social assistance, as a form of accountability report to the government.

Meanwhile, until now the number of dismissed victims who received social assistance through the labor union is known to only number 1,266 people. The remaining thousands of social assistance packages cannot be distributed without administrative requirements.