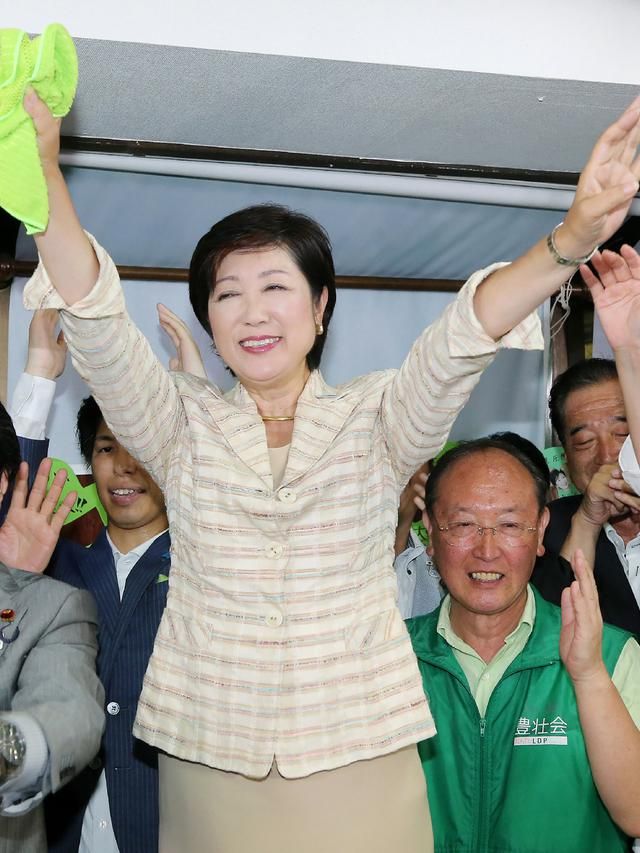 Tokyo - Tokyo 2020 governor election is predicted to be won by incumbent candidate, Governor Yuriko Koike. He was selected to win because he managed to deal with Corona Virus (COVID-19).

Yuriko Koike was the first woman in history to become governor of Tokyo. A recent survey by the Manichi newspaper showed Governor Koike was superior to his competitors.

One of Koike's competitors is former actor Taro Yamamoto who wants to cancel the Tokyo Olympics. Yamamoto wants the Olympic funds to be diverted to help people affected by corona .

Another competitor is lawyer Kenji Utsunomiya. nicknamed Bernie Sanders from Japan. The lawyer pushed for an inclusive welfare program in Japan.

According to an AP News report on Sunday (05/07/2020), Governor Koike was seen as fast in responding to the Corona Virus, even his actions were considered superior to Prime Minister Shinzo Abe. Critics of Koike also recognized the governor's ability to deal with the pandemic.

Yuriko also became a potential candidate for Japanese leaders in the future. However, Yuriko Koike claimed to want to focus on fighting the corona in Tokyo.

"Fighting the Corona Virus for Tokyo residents is my first and foremost responsibility," Yuriko said before voting. He also promised to balance Tokyo's virus and economic prevention measures in the new normal period.

Corona virus in Tokyo has been soaring in the last three days. New daily cases also began to break the 100 mark, the highest since last May.

The Japanese Health Minister said on Friday June 5, 2020 that Japan aims to target the use of the Corona COVID-19 vaccine by June 2021. When the country seeks to be fully prepared to host the Tokyo Olympics, which was originally planned for this summer but must be postponed for one year due to the SARS-CoV-2 pandemic.

Respiratory disease triggered by the Corona COVID-19 virus, which has so far claimed nearly 400,000 lives worldwide, has made drug makers around the world struggle to develop treatments or vaccines for the virus.

"We will secure production facilities in parallel with accelerated vaccine development," Japanese Health Minister Katsunobu Kato told reporters as he outlined plans to make the vaccine go into use by the end of the first half of 2021.

Whereas usually, plans for vaccine production are actually drawn up after the successful development of the drug is finished, as quoted by Channel News Asia , Saturday, June 6, 2020.

Earlier, the Cabinet of Prime Minister Shinzo Abe approved a second additional budget in which the Japanese Government has allocated 146 billion yen (about Rp. 18 trillion) for vaccine production and distribution.

Shionogi and AnGes are one of the Japanese pharmaceutical companies that develop vaccines for Corona Virus.

In addition, the United States is also reportedly planning a large-scale clinical trial involving 100,000 to 150,000 volunteers in total, with the aim of delivering an effective vaccine later this year.

Although Japan has not experienced a surge in COVID-19 Corona Virus infections as seen in several other countries, the State of Sakura has reported around 17,000 confirmed cases and 900 deaths.