Top 3: Soetta Airport Health Protocols One Of The Best In The World

Top 3: Soetta Airport Health Protocols One of the Best in the World 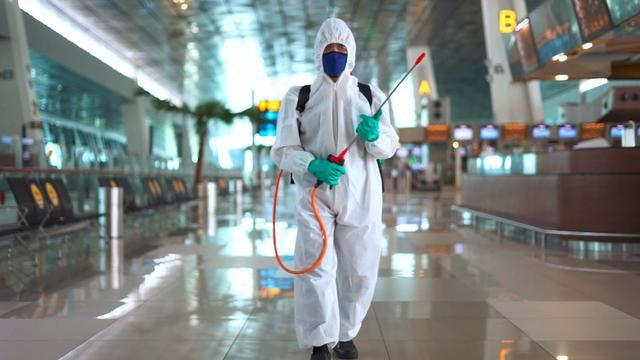 Jakarta - Soekarno-Hatta International Airport (Soetta Airport) has been named as one of the airports in the world with the highest rating in implementing health and security protocols in preventing the spread of Covid-19.

President Director of PT Angkasa Pura II (Persero) Muhammad Awaluddin said Soekarno-Hatta's highest rating in implementing the protocol for preventing the spread of COVID-19 was in line with the commitment and cooperation of all stakeholders.

This article regarding the designation of Soetta Airport as one of the airports with the best health protocol in the world is one of the most widely read articles. Besides that, there are several other articles that are worth listening to.

In full, here are the three most popular articles on the Liputan6.com business channel on Thursday, 17 September 2020:

1. Application of Health Protocol in Soetta Airport is one of the best in the world

Even in Indonesia, Soekarno-Hatta's rating is the highest compared to other airports.

This is based on the evaluation of the global Safe Travel Barometer which gives Soekarno-Hatta a Safe Travel Score rating of up to 4.09. The highest rating in this assessment is 5.00, which is why no airport in the world has managed to get that score.

Check out the full article here

It is noted that Pegadaian sells various types of gold, ranging from Antam gold, Retro gold, Batik gold and UBS gold. For sales, Pegadaian only provides them at outlets.

For more details, see the complete list of gold selling prices at PT Pegadaiaan (Persero) as of September 16, 2020:

Check out the full news here

"In these 14 days in September, what are the programs whose distribution is quite significant, one of which is the non-Jabodetabek cash assistance program, which in two weeks can be disbursed Rp 2.5 trillion," said Budi.

Then, the Pre-Employment Card program also in two weeks in September was able to distribute Rp. 2.8 trillion, and the big realization was the salary or wage subsidy program which in two weeks had been distributed in 2 stages of Rp. 3.6 trillion.

Check out the full article here