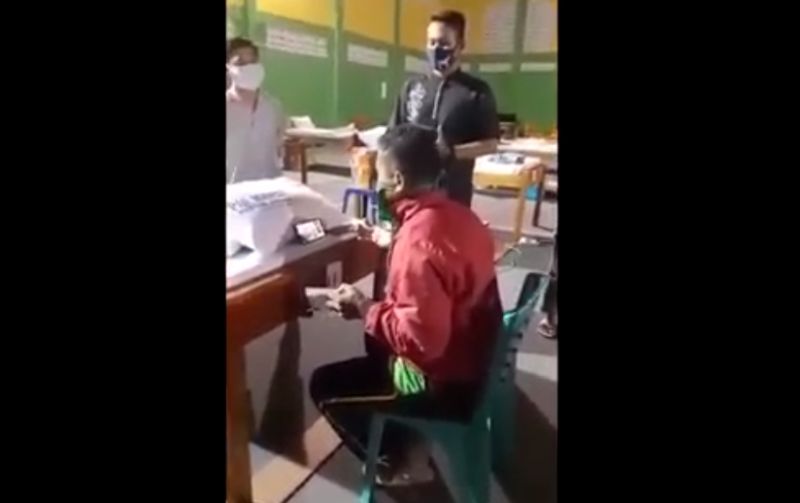 Screenshot of Jombang residents confide complaining to the Regent of Jombang because all the isolation was never examined by a doctor (Photo: Ist)

JOMBANG - Residents in Jombang Regency, East Java, were shocked by the circulation of confide in patients isolated by Covid-19 to the Regent of Jombang. The isolated patients complained that during their isolation they never received medical treatment or a visit from a doctor.

The patients also felt disadvantaged by the government which was hurried to isolate the residents even though swab tests had not been done. As a result, their families at home become displaced.

The complaint of one of the residents who underwent isolation at the Jombang Indoor Tennis Building was suddenly viral after circulating on social media, as seen by iNews, on Tuesday 30 June 2020.

Imagine, in a confession delivered through a video call with the Regent of Jombang, Munjidah Wahab, one of the isolated residents named Kadir complained about the service he received at the Tennis Building, where he was isolated.

The policy of hastily isolating these patients, according to Kadir, is very detrimental to residents because they are no longer able to work and families left behind are confused at home. In addition, Kadir also revealed that during his isolation, he and his friends who were isolated in the Jombang Tennis Indoor Building were never examined by a doctor.

Kadir and the isolated residents also considered that the corona outbreak that the government feared was not dangerous at all. Because according to him, many residents including children who were positive and isolated did not happen to themselves.

Based on this isolation policy, Kadir and other residents felt disadvantaged and hoped that the government would immediately release or repatriate residents who were not yet positively corona to their homes so that they could reactivate.

Against the complaints of the isolated people, dr. Puji Umbaran, Chairperson of the Covid-19 Task Force in Jombang Regency has denied there is no medical treatment for isolated residents.

Dr Puji actually regretted the way residents conveyed their complaints to the Regent of Jombang which he considered impolite.