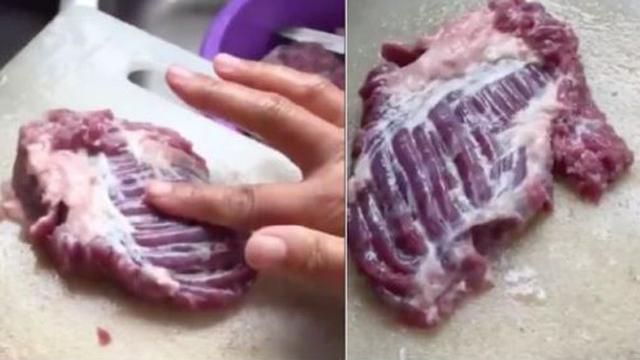 Malaysia - Eid al-Adha is one of the important moments awaited by Muslims around the world. This once a year celebration is certainly synonymous with an abundance of beef and goat sacrifice .

Through his account called @tterororo, this Malaysian citizen shared his story when he found a piece of sacrificial meat that was twitching endlessly.

In the video that was shared it was seen that this citizen was preparing to cut the sacrificial meat obtained. However, he stopped because he was surprised that a piece of meat was still moving.

"Why is the meat moving? My mother refused to cook it because she was afraid," the video statement written @tterororo.

The upload instantly attracted the attention of citizens. Many of them responded with various comments.

"About 3 years ago I used to be a sacrifice committee, so it happened to me and my boyfriend to cut meat like that. Well, once the meat I was holding wanted to be cut, he still moved like that. The tighter I held, the richer he rebelled hehe. said the mother si2 that is reasonable. hehe, "write my account @ sayangisayaaa.

"It's true that freshly slaughtered beef is here to be cooked quickly or frozen, otherwise the meat will look for cells that are separated and put back together. When everything is put back together, you understand what will happen to the butcher, "said the account @ Uncle_Cheungg.

"Put the meat back in the refrigerator. Later he will turn into a cow again," said the account @ spartabad02.

Until now the upload has become viral and has received more than 13 thousand retweets and more than 20 thousand likes.

According to Scientific American, this kind of phenomenon is actually normal. "When a creature dies, its neurons don't stop working immediately. As long as there is enough energy around to maintain the membrane's potential, the neurons will work."

So you don't need to worry if you find the meat to be processed is still moving, this means that the meat you have is still fresh. You should let it go before you process it into food.